Whether you are travelling to Gibraltar for business or pleasure, there’s only so much homework you can do before you visit this tiny British Overseas Territory. You’ve no doubt heard of Gibraltar’s reputation as a ‘tax haven’? This is actually not the case, but there are unique financial benefits available to those who are tax residents here, either because they work, live or have registered a business in Gibraltar. But there’s so much more to know about this jewel in the Mediterranean than its taxation benefits. Let’s take a look at some fun facts. 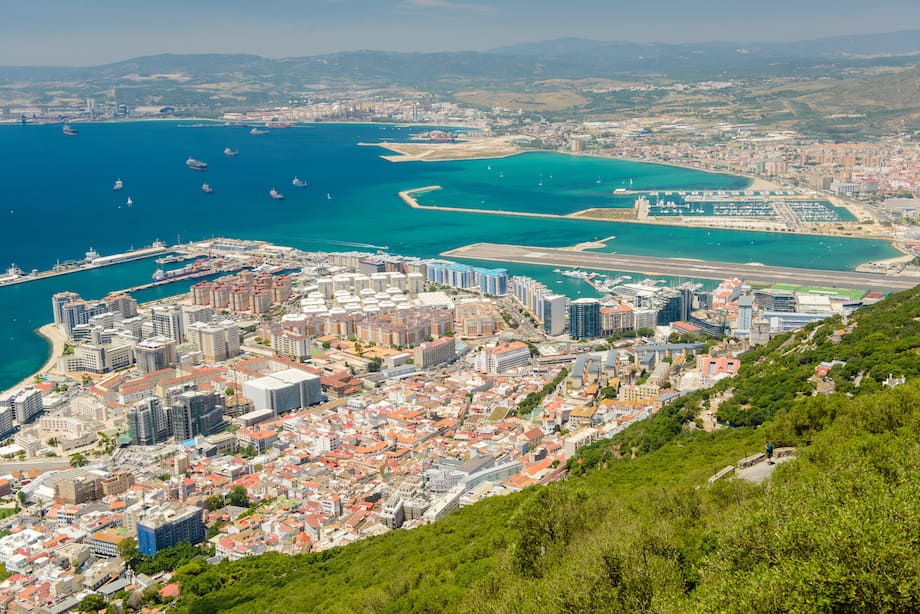 Gibraltar is located at the southernmost tip of the Iberian Peninsula, with a population of around 33,000 people covering 6.8 square kilometres. This makes it the fifth highest densely populated territory in the world after Macau, Monaco, Singapore and Hong Kong. As it’s such a small place, you may not be surprised to hear that there are less than 30km of roads. Another quirky fact is that Gibraltar Airport’s sole runway crosses the busiest street which has to close whenever a plane takes off or lands! Here’s a video to show you how this works in everyday life.

Gibraltar’s geographical location also means it is home to the southernmost mosque in Europe. Built in 1997 among much local controversy, the Ibrahim-al-Ibrahim Mosque was a gift from the King of Saudi Arabia and is one of the largest in a non-Muslim country. 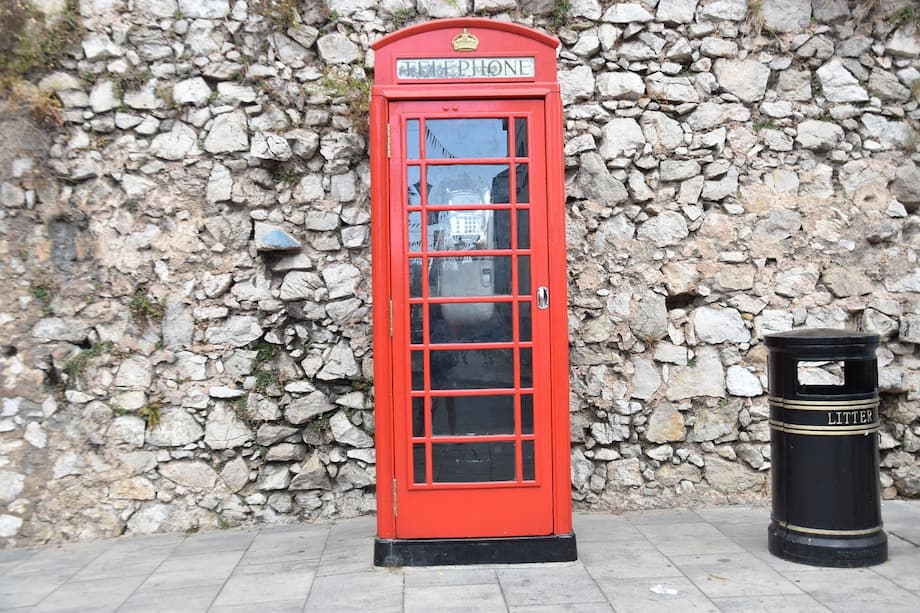 As an overseas territory having retained a constitutional link with the UK since the 18th century, Gibraltar’s identity is strongly shaped by Britain. You’ll find traditional red phone boxes, bobbies on the beat, familiar UK retail chains and plenty of English cafes. That said, its location on the Spanish border has given this a quirky European twist.

Unlike back in Blighty, they drive on the right hand side of the road and the ‘national’ dish is Calentita, a simple baked pastry. And while English is the sole official language, the locals also speak Llanito, a melange of English, Andalusian Spanish, Portuguese, Maltese and a few other influences. 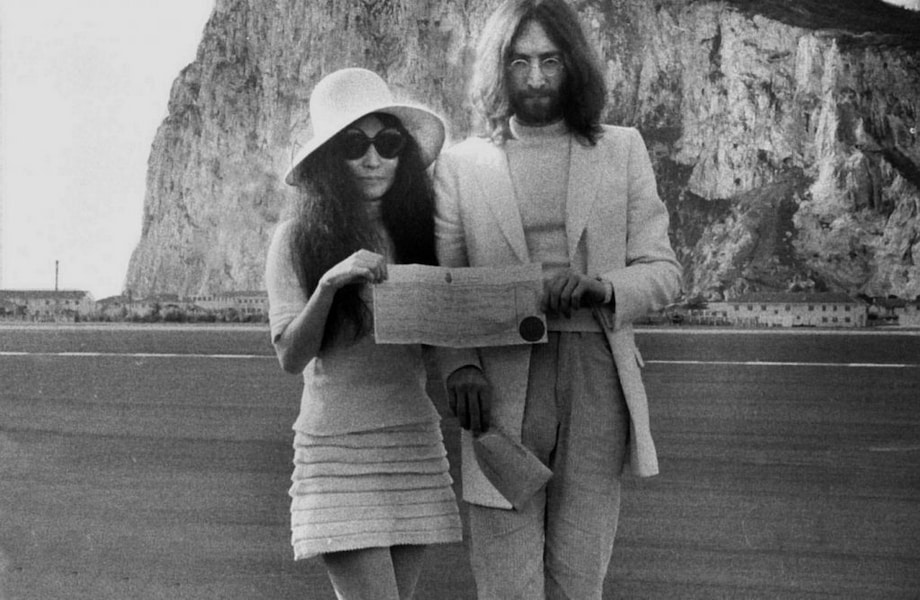 In 1969, John Lennon and Yoko Ono were married in Gibraltar. Apparently, they chose the location because it was “quiet, British and friendly” and because the wedding could take place at short notice. However, later on John Lennon added a deeper meaning: We went there, and it was beautiful…we liked it in the symbolic sense, as the rock was the foundation of our relationship.” Gibraltar issued commemorative postage stamps on their 30th wedding anniversary, featuring the couple standing in front of the famous rock. And did you know that Charles and Diana started their honeymoon here in 1981?

Interestingly, Gibraltar has one of the highest divorce rates – 3 for every 1,000 inhabitants to be precise, which is roughly the same rate as the United States. 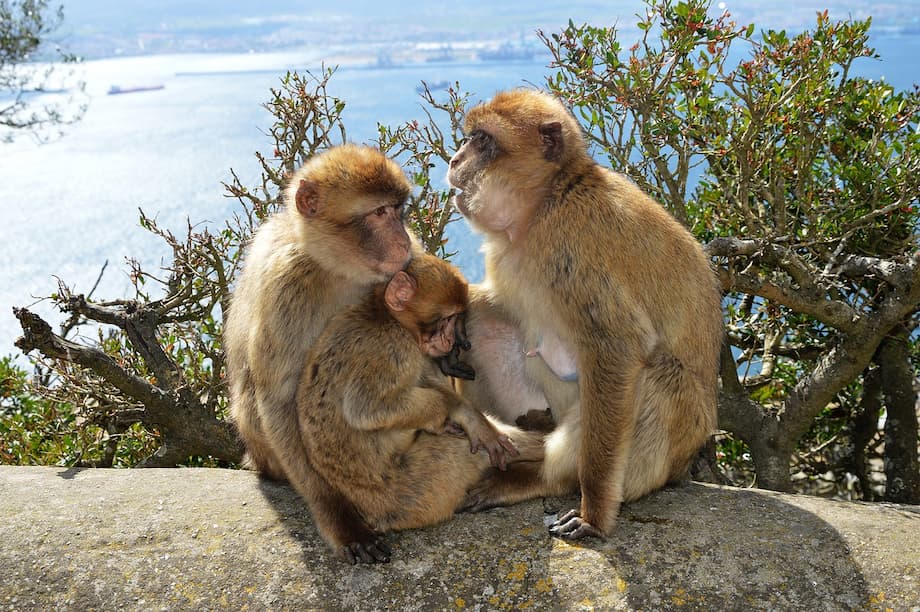 You can’t talk about Gibraltar without mentioning its population of wild Barbary macaques. There are around 300 of these cheeky tailless monkeys living on the rock, having been introduced by the Moors some time between 700 and 1492. Gibraltar is the only place in Europe where you will find wild monkeys. They’re not only Gibraltar’s cultural mascot, they’re a huge tourist draw.

Legend has it that as long as the monkey lives on the Rock, the British will have control over Gibraltar. The story goes back to the years of the Great Siege 1779-1783 when a combined effort between France and Spain attempted to seize control of the territory from the British, which failed because the monkeys inadvertently alerted the Brits.

As an aside, the Gibraltar Nature Reserve is also a haven for birdwatchers, with more than 300 species passing the peninsula on their way from Europe to Africa and back. 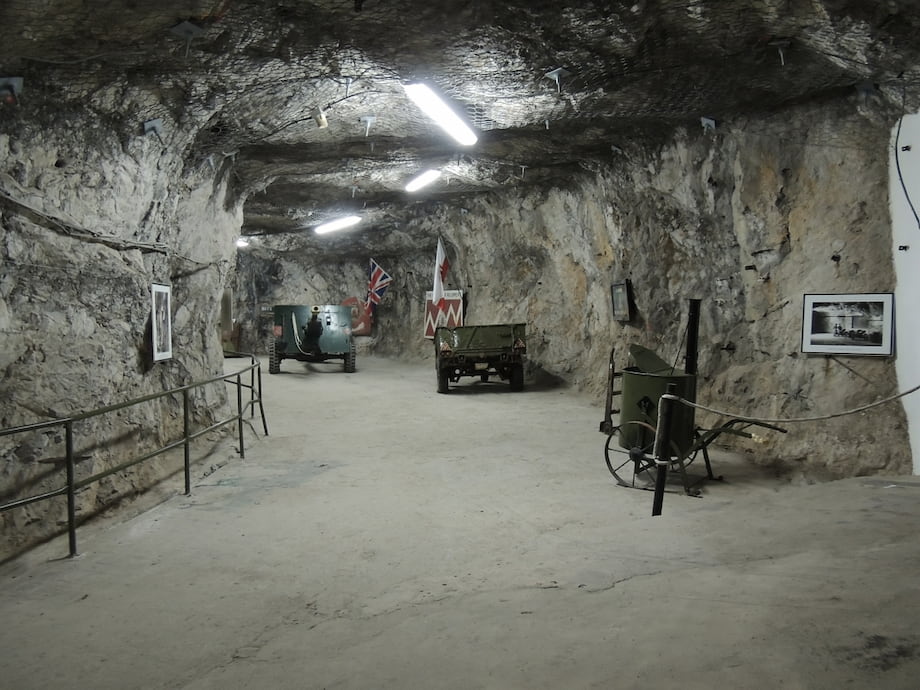 And speaking of travelling from Europe to Africa, another legend says there’s a secret natural tunnel running the 14 kilometres or so beneath the Straits of Gibraltar connecting the peninsula with the Moroccan coast on the African continent. There’s speculation that the tunnel can be accessed from St. Michael’s Cave. Stories abound of people going missing in caves that were never seen again, and that the monkeys could have been using this tunnel for transit since time immemorial.

Go back further in history and there’s an ancient Greco-Roman myth that has Hercules stamping his foot to create the Straits as a channel between the Mediterranean and the Atlantic Ocean, and flanked by the Pillars of Hercules. The northern Pillar (Calpe Mons) is the Rock of Gibraltar, while the southern Pillar (Abila Mons) is in North Africa, though the exact location has always been in dispute.

Back in the real world, it is a fact that the Rock is in fact honeycombed with 34 miles (52 m) of interconnected tunnels. These were constructed for military purposes at different times in history, and some of the most recent ones dating from World War II are now open to the public.