International Recognition for Gibraltar as a Cultural Tourism Destination

The Gibraltar Tourist Board has been nominated as a finalist in the “Star Cultural Tourism Destination” category of the 25th edition of the 2022 Travel Bulletin Star Awards.

In a statement announcing the nomination, the Gibraltar government said, “the Star Awards are widely recognised in the UK travel industry and serve to reward and celebrate excellence by acknowledging those suppliers that have flourished in the post COVID-19 months, providing the best products and services to travel agents nationwide”.

Noting that Gibraltar has been included among an impressive list of fellow nominees – Greece, Israel, Italy, Jordan, South Africa and Thailand – the ministry said “recognition for Gibraltar is a valued accolade, as these awards are decided exclusively by high street, online and home-based travel agent readers and users”. 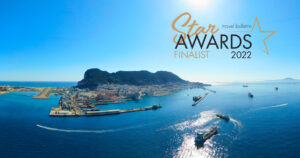 The outright winners will be announced on 31 October.

Commenting on the nomination, minister for business and tourism Vijay Daryanani said, “I’m delighted for Gibraltar to have been recognised by the industry for such a well-established awards event. Gibraltar is amongst an impressive list of destinations far bigger than our own, but as we know and market, we offer a unique diverse heritage and culture to equal that of any destination. This, once again, demonstrates the importance of pushing the Gibraltar brand abroad, making sure we are visible amongst other destinations in this extremely competitive environment.”