Tourists visiting Gibraltar in November during the annual Literature Week will be able to enjoy talks by three leading international authors. Lord Jeffrey Archer, Alan Titchmarsh and Christopher Lloyd have all been confirmed for this year’s edition, scheduled to run from 8 to 13 November.

According to minister for culture Dr. John Cortes, the week-long program of events and initiatives dedicated to literature will include content for both children and adults.

“While the emphasis of Literature Week remains local authors, in the absence due to COVID of the Literary Festival we have been able to bring three international authors in order to keep the international flame alive. I am very pleased indeed that we will be having them in Gibraltar, and very much look forward to the whole of the week.” 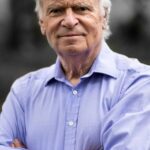 Jeffrey Archer is due to give a talk at the John Mackintosh Hall on Saturday 13 November, when he will be focusing on the inspiration behind his latest William Warwick novels, and the fourth publication in this series, “Over My Dead Body”, which is published worldwide this month. Jeffrey is the author of 27 novels, seven sets of short stories, three prison diaries and three West End plays. 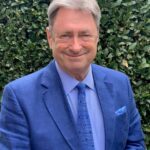 Alan Titchmarsh plans to deliver two talks. For “Telling Stories” on Friday 12 November, the writer of 11 best-selling novels (with another on the way) will discuss the way he writes fiction – the plotting, planning, characters and inspiration. His second talk, “Trowel and Error”, is on the following day, when he will discuss his life from his childhood in Yorkshire, via Kew Gardens and the BBC, to becoming a TV gardener, presenter, writer, novelist and poet. 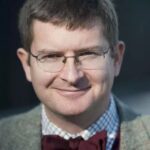 Christopher Lloyd will be hosting a school’s day on 12 November dedicated to his new book on climate change, “It’s Up to Us”. On 13 November he will be delivering two talks at the Lower Exhibition Room, the first dedicated to his publication “Absolutely Everything!” and the second session in the form of a quiz event focusing on the Britannica’s Children’s Encyclopaedia.

Tickets for Gibraltar Literature Week are on sale at www.buytickets.gi.