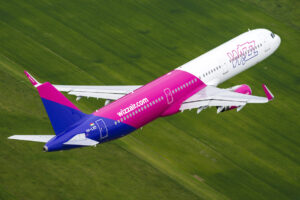 Wizz Air has decided to suspend its August flights to Gibraltar, in spite of the “green list” destination welcoming a regular flow of summer tourists from the UK.

Although disappointed, minister for business and tourism Vijay Daryanani was philosophical about the decision. “We understand Wizz Air’s need to remain flexible to client demands. These are constantly changing as a result of the uncertainty in respect of changes in rules relating to travel from and to the UK.”

He noted that this had resulted in new destinations opening up after the UK government’s announcement that fully vaccinated people returning to England from “amber” countries (such as neighbouring Spain) would not have to self-isolate.

As a result, he said, Wizz Air had scheduled flights to other European markets where they were seeing the strongest demand. “This is no surprise, as all airlines are making last-minute changes to their schedules as governments constantly announce different requirements.”

However, he added, “Gibraltar is already full. All our hotels are already full for the season, our restaurants are experiencing huge demand and we are seeing a regular flow of tourists from the UK. We have reached a point that we are turning business away. This is an unprecedented situation for Gibraltar to be in.”

The minister said he would “continue working with Wizz Air and all other airlines to maintain capacity to Gibraltar. I look forward to the return of their flights in September.”

Visitors to Gibraltar this summer are able to enjoy special guided itineraries that showcase the British overseas territory’s attractive options for a “British staycation in the Med”.